Exploring The Top 5 Exurbs of Boston

If you’re asking yourself, “What the heck is an Exurb?” you’re not alone in your confusion! And it may come as a surprise to learn that the term was coined back in the mid-1950s “to describe the ring of prosperous communities beyond the suburbs that are commuter towns for an urban area.” [Spectorsky, Auguste C. (1955). The Exurbanites. Lippincott, Philadelphia: J. B. Lippincott & Co.]

Exurbs are distant from the city or business hub and often more rural than suburbs. They are also identified as towns that are less dense than suburbs despite experiencing significant population growth (relative to their size). These towns generally (though, certainly not always) have lower home prices and a more volatile housing market. They may feel a greater impact when the real estate market is down (i.e. during the subprime mortgage crisis) OR when it is booming.

Since these Exurb towns are farther from the City by definition, they may not immediately spark interest for home-searchers that work in Boston. But for those willing to sacrifice a longer commute to get more bang for their buck or people who have the flexibility to work remotely one of these towns might be the perfect place to call home.

Here’s our picks for the Top 5 Exurbs of Boston:

Recognized as One of the Best Places to Live in MA,  the residents lean toward liberal and the schools are highly rated. The 151 acre cranberry bog and the Bruce Freeman Rail Trail (bike path) are just two of the highlights of this charming little town that’s surrounded on all sides by state parks and forests.The most random thing about Carlisle: the town was home to Blue Jay Recording Studio (which is no longer in use)–Aerosmith, Billy Joel, and Rihanna, are just a few of the big names who recorded at this partially underground studio!

A suburb of Worcester AND an exurb of Boston! This large town has an interesting jack-of-all-trades type history: orchards and taverns sprung up in the mid-1700s, then residents began raising cattle for leather; next gunsmithing, which evolved to making cutlery, brass clocks and watchmaking; eventually sawmills opened in the town drawing in chair and cabinet makers. The 4-mile long Lake Quinsigamond–Shrewsbury’s main attraction–combined with the rich history of changing enterprise, makes this town a Pandora’s box of culture and industry waiting to be discovered.

This is the smallest town, by population, in Middlesex County with about 3000 residents. Locals take advantage of Ashby’s higher elevation: with hiking trails at (1800+ ft) Mount Watatic and Trap Falls picturesque waterfall/ recreation area for outdoor family fun. If you’re looking for nightlife in Ashby, it’s nonexistent, but a short trip over the border will bring you to an array of options in nearby Nashua, NH.

Significantly larger than the other towns on our Top 5 list, Plymouth is considered an exurb because of the new developments (Pine Hills, for example) that have popped up over the past decade. The town boasts numerous historical sites (some of the oldest in the country), plus beautiful beaches, fascinating museums, and a Downtown with shops, restaurants and nightlife (something many exurbs lack).

Although landlocked, Rochester is located mere miles from Buzzards Bay. But, the proximity to the ocean has had no bearing on this town. In fact, it feels more like the Midwest than the Northeast. Rochester retains its farming roots as one of MA’s “Right to Farm” communities; this by-law ensures that no complaints of noise, odor, etc relating to farming can be made (presumably by new residents who move in near farms). There are several ponds and rivers in Rochester, as well as the Sippican Rod & Gun Club and the Haskell Wildlife Management Area.

If you long for a lifestyle free of the hustle and bustle of city or suburban life, Exurbs are likely to be more your speed. For more information, check out our helpful resources.

Thinking about moving to the Exurbs?

Get a Free Estimate from Exela Movers! 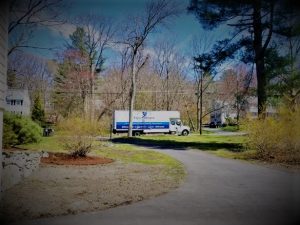 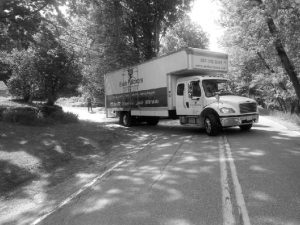